Join us this Tuesday, May 24th at Boatyard for our Serving Up Leadership luncheon featuring...

That's a wrap! LB XL completed its last program day yesterday. Thanks to the Business...

Come and join us at the Final LB Info Session to hear from current participants... You don’t want to miss the next Serving Up Leadership with Fire Chief Rhoda Mae Kerr.

Rhoda Mae Kerr was sworn in as the City of Fort Lauderdale Fire Rescue Chief on July 2, 2018. Kerr became the City’s first female Fire Chief in the 106-year history of the department. Chief Kerr was appointed as Interim Assistant City Manager during a transition period for the City of Fort Lauderdale. As of January 2019, she oversaw Public Works, Sustainable Development, Transportation and Mobility, and Parks and Recreation departments until October 2019.

She brings almost 40 years of experience and manages a staff of over 400 firefighters, lifeguards, and administrators. She is responsible for the day-to-day operations of an accredited agency that responds to over 46,000 calls yearly. Before the City of Fort Lauderdale, Kerr served for almost 10 years as Fire Chief of the City of Austin, Texas, managing one of the nation’s 20 largest fire departments. From 2004-2009, she served as Fire Chief of Little Rock, Arkansas where she was instrumental in deploying a bond program to renovate the City’s fire stations, upgrade communications equipment, and establish a Fire Training Academy.

A fourth-generation firefighter, Kerr began her career in the fire service in 1983 with the City of Fort Lauderdale.   Over the next 20 years, she steadily rose through the ranks serving as a Firefighter, Driver/Engineer, Lieutenant, Battalion Chief, Division Chief, and ultimately, Fort Lauderdale’s first female Deputy Fire Chief. 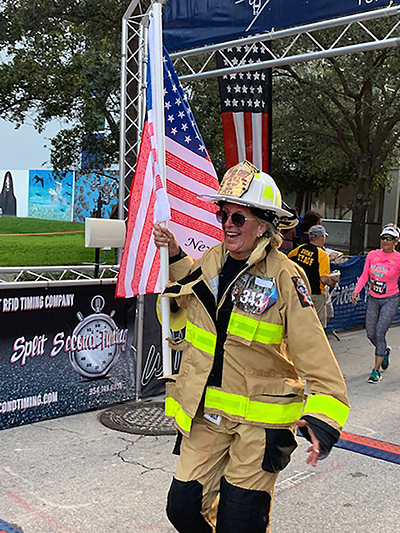 In December 2016, Chief Kerr was appointed by President Obama to the National Infrastructure Advisory Council.  With academic, public, and private sector experts, she advised the sitting President on the security of critical infrastructure and related information systems.

Chief Kerr holds a Master’s in Public Administration, a Bachelor of Arts degree in Physical Education and Health, and an Associate’s degree in Fire Science Technology. She earned two certifications from Harvard’s program for Senior Executives in State and Local Government and National Preparedness Leadership Institute and is a graduate of the Executive Fire Officer Program. Prior to entering fire service, Chief Kerr was a coach and physical education teacher at the high school level for 12 years.

Chief Kerr is a sports enthusiast, enjoying cycling, golf, tennis, and skiing. She is also a Miami Dolphins fan and a season ticket holder to the Hard Rock Stadium.

THANKS TO OUR PREVIOUSLY INVITED SPEAKERS “To develop and inspire individuals to serve our community.” Since 1981, the Leadership Broward Foundation has continuously provided unique opportunities to cultivate, expand and leverage the tremendous leadership resources of our community in order to bring about a stronger future for Florida.

FACTS OF FOREX TRADING & Bitcoin investment.
I am here to refer anyone looking for an expert Forex / Bitcoin trader to contact Mrs Anita. She is very good and an expert that can help you invest your funds for better profits. Invest $750...

Investing greatly In bitcoin requires some levels of training and expertise which comes from years of experience, and you also need a good account manager to help you trade and manage your account. A very big thanks to ma'am lilian wilson she is accurate, honest,...

My Class XXXII experience was amazing! Six years later an I am still involved with this great foundation. I have learned so much about the County I grew up in all the while growing my network and making lifelong friends.

This program is highly recommended for anyone looking to expand their network and get a "behind the scenes" look at Broward County. Most importantly, you gain genuine friendships from people in various industries.

Leadership Broward Foundation programs help emerging and recognized leaders expand their skills and enhance their knowledge of local and state issues, as well as leverage their individual passion to make positive changes in our community.